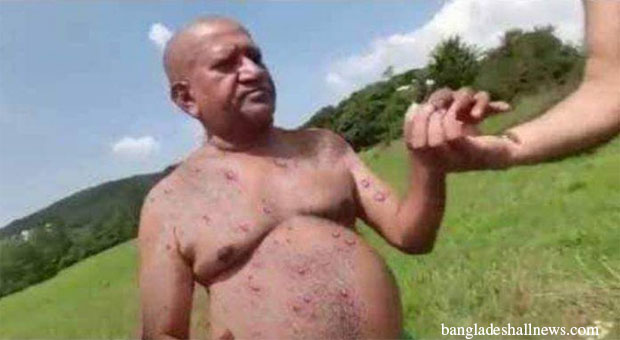 Shefahada herself got her own punishment, her whole body started rotting. Normal people are angry because they come to Live from their Facebook. These people are very angry with the people of the country, and they demand that they should not make derogatory remarks about any religion in the future.

Earlier, the Joint General Secretary of the German Awami League, Mehedi Hasan Munna, filed a case against Austrian expatriate Sifat Ullah alias Safufar for his remarks about Father of the Nation Bangabandhu Sheikh Mujibur Rahman and Prime Minister Sheikh Hasina. There was no progress in the case. Incidentally, a Bangladeshi expatriate named Safaatullah, in a recent discussion on social media. Seafatullah alias Sefooda, who lives in Vienna, Austria, came out to discuss various types of pornographic, inconsistent, and hate speech videos on Facebook.

Firoz Ahmed, a familiar face and expatriate journalist from Vienna Bengali community, said that Shefatullah has been in Vienna since 1990. He studied at Jahangirnagar University. Ahmed Firoz said, "In the Vienna Bangladesh community a family dispute, the court's verdict has long been confined to Vienna by Sefatullah. After independence, according to the laws of Austria, all the roads of its legalization were closed. The effect of which is in his personal and family life. She is separated from his wife and is separated from the children. Psychically broke down and became addicted to drugs.

Later, he became mentally anxious, "said Ahmed Firoz." Recent social media interest in him has made him more insane. Saifullah, who has taken an indecent and vulgar speech with important people of the country at different times. "Ahmed Firoz said that the Bangladesh Embassy in Vienna is aware of the activities of Safatullah. We talked to the Bangladesh Ambassador in Vienna. Soon the action will be taken against him.

© 2020 Bangladesh All News, All Rights Reserved, Powered By MHIT FIRM | Developed By Sora
Powered by Blogger.